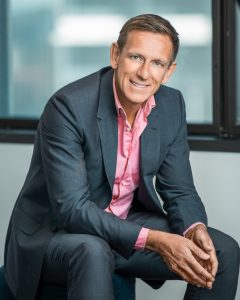 As the first national Chief Executive of the Institute of Managers and Leaders Australia and New Zealand – one of Australia’s oldest, largest and most pre-eminent, non-profit leadership Institutes, David advocates for sound management and leadership practise in the workplace and beyond.

He began his career in senior HR roles at Cadbury Schweppes and Hewlett-Packard, and followed this in executive roles across Marketing, PR and fundraising at PwC, Gadens Lawyers and CanTeen. His first Chief Executive appointment was at a medical research foundation in Sydney. From there he was appointed as the Head of Australia and New Zealand at ACCA – one of the world’s largest membership organisations.

David is a graduate of Cambridge University and Western Sydney University and is the author of two bestselling and utterly absorbing books about sound leadership practice. In his spare time David is the Deputy Chair of the Intensive Care Foundation of Australian & New Zealand and the President of the P&C of the local state primary school.

He lives in Brisbane with his wife and two young daughters and when he’s not talking about, and presenting on, leadership, David can be found plodding the streets in search of the ever-elusive sub-3hour marathon.