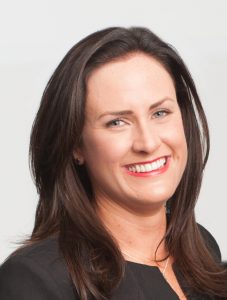 Penelope is a multi-degree qualified professional with 18 years’ experience in strategic and operational management, project and risk management, and governance and compliance. Penelope also demonstrates people management, organisational culture and communications skills across a wide demographic and range of disciplines, including time in the Australian Defence Force

During her 10.5 years of service in the Royal Australian Navy, Penelope undertook strategic level appointments in project, human resource, risk and emergency management, as well as being a member of the Australian Defence Force Investigative Service. Penelope can also boast the ability to drive an 8,500 tonne armed warship.

From 2010 to 2015, Penelope provided services for national and international clients in the government sector, mining and resources, oil and gas, public utilities, transport and civil construction as a consultant.

From 2010 to 2015, Penelope’s career expanded impressively and saw her involved in projects around the world. Her strategic analysis and management skills have been repeatedly sought out by companies involved in high-risk industries including the construction, mining, oil and gas sectors. In 2015, Penelope was named Chief Executive Officer of Energy Skills Queensland. Penelope is now the Chief Executive Officer of General Manager.

Penelope is a sought after speaker and author and her compassionate nature and high level of emotional intelligence allow her to provide support to all stakeholders. Penelope’s work in the diversity and inclusion fields is vast, having co-founded and now Chairing the not-for-profit organisation titled Women in Power. She is also a partner and Ambassador for the United Nation Women’s Council of Australia, Ambassador for the YWCA and national Advocate for White Ribbon Australia.

Penelope is a true leader of people and operations. She has been recognised as an innovator with unsurpassed drive and passion. Her stamina, resilience and wicked sense of humour have carried her through extraordinary challenges. She continues to receive accolades for her vision and entrepreneurship, including being named the 2016 Queensland Telstra Business Women’s Award for Social Enterprise and Not-For-Profit and winner of three separate categories in the national Women in Industry Awards. She was also named the 2017 APAC CEO of the Year and was a finalist in the Women in Business Awards, the National Association of Women in Construction Awards, the Australian Institute of Management Leadership Awards and the Lord Mayors Business Awards.