The Sir John Storey Leadership Awards recognises those who exemplify leadership values of excellence and integrity, and encourages the highest ethical standards.

As the preeminent national body in management and leadership, the Institute of Managers and Leaders is proud to award the prestigious distinctions and prizes to leaders and organisations to spotlight their achievements and provide support for their future development.

These Leadership Awards are presented in honour of the Institute’s first President and historic Australian industrialist, Sir John Storey. His contribution to the Australian management and leadership industry and the Institute is best illustrated in his inaugural address to the Institute in 1949 where he stated:

“Our main goal is to raise the standard of management and to see these standards accepted nationally.”

His words continue to resonate powerfully and are today echoed in the Institute’s mission: “to increase the standard, number and profile of professional managers and leaders.” 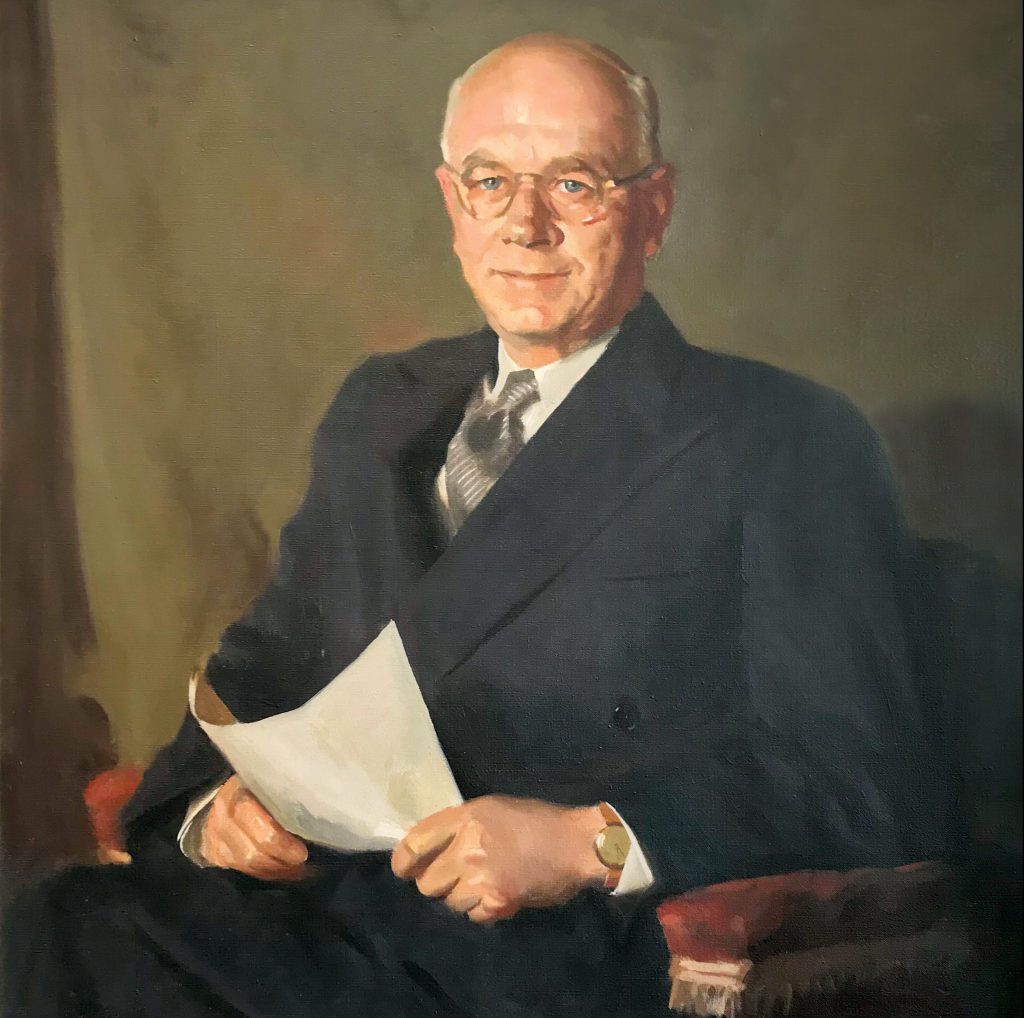 Sir John Storey, K.B.E., the son of a Labour Premier was born in Sydney in 1896 and after graduating from Sydney University as a Bachelor of Science, enlisted in the first A.I.F as a sapper and saw service in France.

Prior to moving to Victoria in 1933 as Director of Manufacturing of General Motors’ Pty Ltd. he founded the Automotive Manufacturers’ Association and played a prominent part in the fight for the protection and encouragement of Australian industry. He later went on to become the Chief of the Beaufort Division of the Department of Aircraft Production.

Sir John Storey died on 3rd July, 1955 at the age of 58 and in his will he bequeathed £100,000 to the Federal Council of the Australian Institute of Management “to be applied in the advancement of public education in the field of management training and efficiency.”

We’d like to thank everyone who took the time to nominate themselves or their peers for the inaugural Sir John Storey Awards. We’re delighted to announce the winners for the 2018 awards below. The awards will be presented at our upcoming Leadership Impact Series – click here for more details.

Founded on and assessed with the four pillars of Chartered Manager, the Sir John Storey Leadership Awards are presented to those who:

There are four categories of leadership awards presented annually. Applicants must be nominated by someone other than themselves.

This is IML’s most prestigious accolade awarded by the IML Board of Directors to recognise leaders who have rendered a high degree of significant and distinguished service over an extended period of time to the management and leadership profession and the community.

This is the only leadership award that does not allow external applications or nominations. The recipients are nominated, judged and awarded by the IML Board of Directors.

This prestigious award recognises outstanding and invaluable leadership service and excellence in the management and leadership sector.

This distinction is awarded to leaders new to the space that have made a significant impact and demonstrate potential for future leadership. It provides the recipient with the foundations and opportunities to support their leadership journey.

Prize
– One place on IML’s Foundations of Intentional Leadership Program


Prize
– Chartered Manager Partner Program (for up to five staff)

The IML Sir John Storey Leadership Excellence Awards open on Friday 10th August 2018. To be in the running to win an award, applicants must submit an application or be nominated by others.

The IML Leadership Team will decide the winners of all categories at a judging day in early October, with the exception of the Sir John Storey Award for Lifetime Leadership Achievement. This will be selected by the IML Board of Directors in September.

The winners’ referees will be contacted to verify the information supplied by the applicant.

The winners will then be notified and invited to accept the award at the Leadership Impact Series in either Brisbane, Melbourne, Sydney or Canberra in November 2018, or their local End of Year event in November/December 2018.

The Sir John Storey Leadership Awards are presented annually across four locations at the Institute’s Leadership Impact Series – IML’s prestigious signature events that celebrate the history, importance and future of leadership and leaders who innovate, inspire and make an impact.

Awards will be presented at the Leadership Impact Events throughout November, or the next upcoming local event depending on the location of the award recipients.

Do I have to be an IML Member to apply?

You do not need to be a Member of the Institute to apply for the Sir John Storey Leadership Awards. Applications are open to the general public.

Can I apply or nominate others for more than one award?

Yes, if you and/or your business or the intended nominee meet the admission criteria, you are welcome to apply or nominate them for more than one award category.

When do the applications open and close?

Will late applications be accepted?

Unfortunately, no. Applications received after the deadline will not be considered.

Can overseas-based individuals and businesses apply?

Unfortunately, we do not accept applications from non-Australian permanent residents and organisations based overseas.

How are the applications judged?

The IML Leadership Team will decide the winners of all at a judging day in early October, with the exception of the Sir John Storey Award for Lifetime Leadership Achievement. This will be selected by the IML Board of Directors in September.

The applications will be assessed and benchmarked against the four pillars of Chartered Manager: knowledge and expertise, practical difference to the workplace/community, commitment to continuing professional development, and ethical practice.

Why can’t I apply or nominate someone for the Sir John Storey Lifetime Leadership Award?

Is the word count in the submission form strict?

Word limits are strict. The submission form will not allow you to write more than the specified word count.

Can I edit my submission?

Unfortunately, no changes can be made to applications after they are submitted after the application date.

I’ve made a mistake in my application. What do I do?

If you have made an error in your submission, please resubmit your application online and advise the IML Events Team via email at events@managersandleaders.com.au to delete your original submission before the application closing date.

When will I find out the outcome of my application?

Judging will be completed and all applicants notified in early October 2018.

How is the information provided on the application form used?

You can view the awards Terms and Conditions here.

Nominations for 2018 are now closed.